I spoke at the Healthy Traditions Network annual conference today (9.23.12). A flyer was distributed to those attending the conference that was titled, “Healthcare Workers Protect Your Freedom of Choice.” This flyer explained the flu vaccination conundrum that many health care workers are experiencing.  You see, the Powers-That-Be want everyone who works in our hospitals to have a flu shot in order to protect the patients from getting the flu from sick health care workers.

Protecting the patients should be the number one goal of any hospital.  However, mandating that every single hospital worker receive the flu vaccine or face termination is not the correct way to improve patient care.

I blogged about the flu vaccine in September and October of 2009—see the archives section on my blog homepage.  In the October, 2009 post, here is what I wrote:  “The U.S. government and pretty much all mainstream groups claim that the flu shot prevents the flu in those that get the vaccine. However, the flu shots have not been shown to be effective in healthy babies, children with asthma, adults, and the elderly.
In Children: A review of 51 studies which included more than 294,000 children found “no evidence that injecting children 6-24 months of age with a flu shot was any more effective than placebo. In children over two years of age, it was only effective 33% of the time in preventing the flu. (Chochrane Database of Systemic Reviews 2. 2008).
In asthmatic children, the flu shot did not provide any benefit in preventing asthma exacerbations. The authors of this study compared 400 asthmatic children who were vaccinated with a similar number of asthmatic children who were not vaccinated. They found no difference between emergency visits, clinic visits, or hospitalizations in the vaccinated versus the non-vaccinated group. (Arch. Dis. Child. 2004. Aug;89(8):734-5). If this study wasn’t enough to get your attention a new study found that “Children who get the flu vaccine are three times more at risk for hospitalization than children who do not get the flu vaccine.” (American Thoracic Society 105th International Conference, May 15-20, 2009, San Diego, CA.).
According to the CDC, the elderly are a population at increased risk for acquiring the flu and developing complications of the flu. In nursing homes or for the elderly living in the community, researchers found the flu shot was ineffective for preventing the flu. (Chochrane Databse of Systemic Reviews. 3(2006). In fact, the flu shot has never been shown to lower the rate of mortality from the flu in any population, including the elderly.
Clearly, there is NO reason to get the flu shot. It doesn’t prevent the flu and has not been shown to prevent complications from the flu.”
Would I change anything that I wrote about the flu vaccine?  No.  It was, and is, still true.

However, I can add to it.  The Cochrane group is an independent medical research group designed to help physicians put evidence into practice.  They do not take Big Pharma money.  A 2010 study by the Cochrane group tried to answer the question, “Does seasonal influenza immunization of health care personnel reduce the incidence of influenza and its complications in older residents of long-term facilities?” The authors examined four randomized controlled trials and one cohort study. They found that vaccination of personnel had no effect on the incidence of laboratory-proven influenza, pneumonia, admissions to the hospital, and death from pneumonia. The authors concluded, “There is insufficient evidence to support the vaccination of health care workers as a measure to protect older patients from influenza.” (Am. Fam. Phy. Oct 1, 2010. Vol. 82, No. 7. Pg. 763-4).

So, should all health care workers be mandated to get the flu vaccine?  The answer is clear:  No.  Nobody should be forced to receive a vaccination that is not only ineffective; it is also contaminated with mercury.

What can you do?  In Michigan, House Bill 5605 was introduced which would allow health care workers the right to refuse the influenza vaccine as a condition of employment.  Representative Gail Haines is the chair of the committee looking at this bill.  You can call her and voice your opinion at:  517-373-0615.  You can also email her at:  GailHaines@house.mi.gov.
In Michigan, more information can be found at www.hcpvc.org. 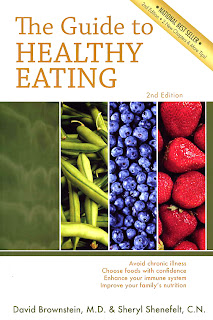